A new study from UCLA School of Law finds that about 40 percent of transgender people attempted suicide—about 10 times the rate of the general population.

Risks multiply for transgender men and women who are treated cruelly: Of those who were physically or sexually attacked at school, 78 percent reported attempting suicide. Of the transgender employees who experienced some form of violence in the workplace, 65 percent tried ending their lives. 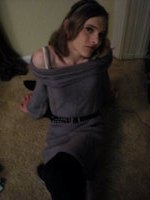 There are also those who felt stigmatized in their own homes: Of those whose family refused to spend time with them after learning of their transgender identity, 57 percent reported suicide attempts.

“This sadly resonates with me very strongly. If anything, it’s not news to me and for those I know and love,” says Scout. “I’ve been worried about trans adults I know who seem to be healthy, well-functioning individuals but are under the stress of this stigma.”

The study was released this week by the American Foundation for Suicide Prevention and UCLA School of Law’s Williams Institute, and it was based on data from 2011’s National Transgender Discrimination Survey. That survey questioned 6,456 transgender and gender non-conforming adults on subjects ranging from family rejection to law enforcement abuse.

With discrimination, isolation, and danger so prevalent, many struggle for a healthy space in which to lead their own lives.

“Every day I’m so relieved I didn’t commit suicide, because I have an amazing life,” he says, recalling his heartbroken days as a suicidal youth, when he longed for a nurturing environment.

“A lot of people have to make the transition from leaving their families and friends and going to a place where they’re more accepted," Scout said. "How much are the adults and allied LGBT folks really there for someone going through that transition?”